Soiltechnics How and Why Agricultural Crops Affect Development

How and Why Agricultural Crops Affect Development

During this near record breaking summer, there is obvious evidence of desiccation of near surface soils occurring due to cropping. The photographs used in this article were taken in the fields close to our Northampton office. The geology of the area is Glacial Till, which essentially comprises a gravelly medium plastic clay. The desiccation cracks in areas of crop are very evident, up to 70mm wide and at least 500mm deep, there is a significant reduction in the size and depth of the cracks around margins of the fields. 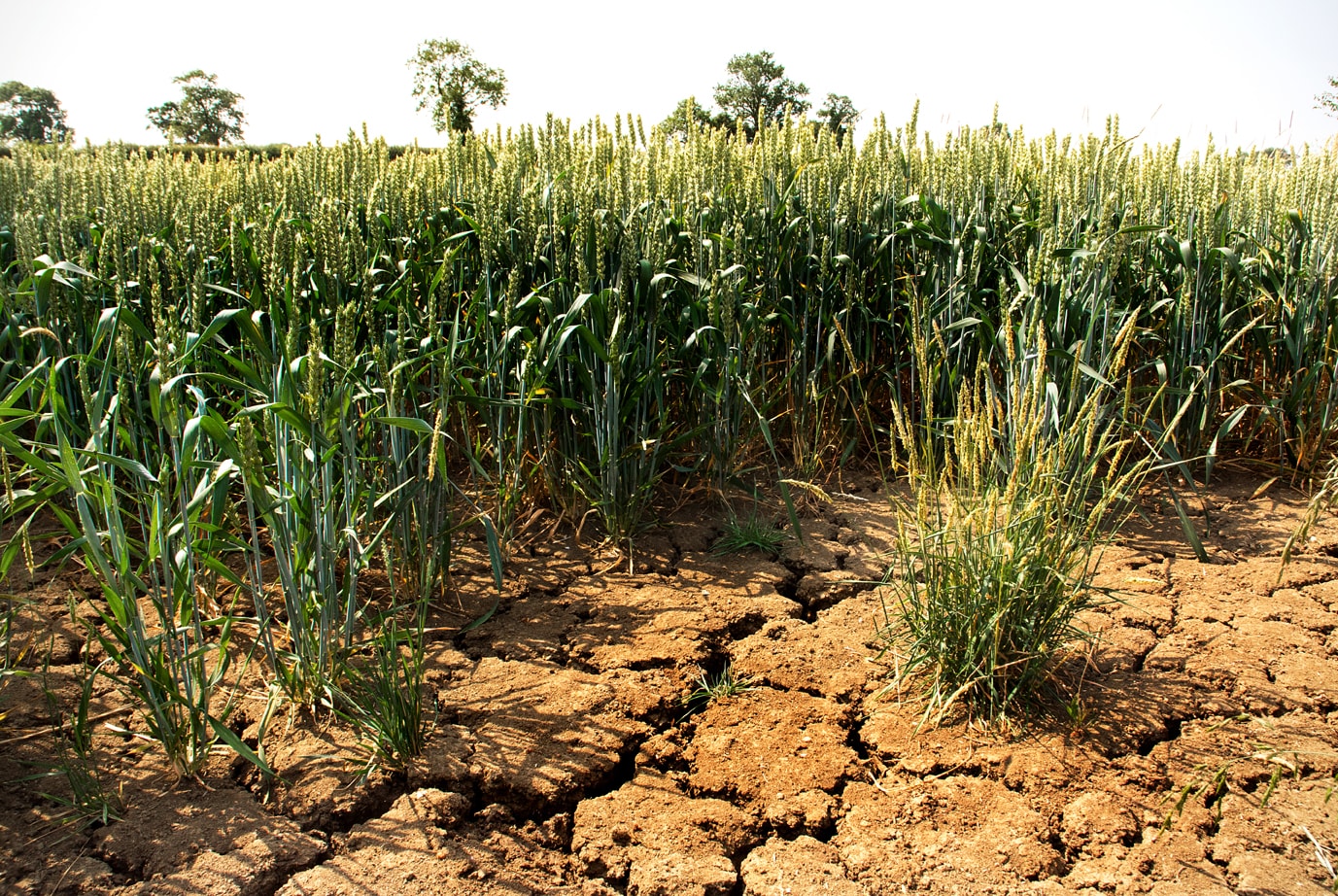 These observations identify the hazards to greenfield site developments which are prevalent in many areas, from both crops and other vegetation including hedges and trees.

BS 8004:1986 ‘Code of practice for foundations’, paragraph 3.2.8.1 advises that ‘In areas of heavily over consolidated clay such as London, Gault, Kimmeridge, Oxford and Lias Clays, the seasonal drying in in hot summers, usually with complete replenishment during the winter, occurs to a depth of 1.5 to 2m under crops and grass pastures where irrigation is not practiced’. This advice has been simplified in the current wording of the 2015 edition of BS8004 and is thus often overlooked.

Many of our ground investigation commissions are for housing development in greenfield sites, underlain with over consolidated clays, with development taking place shortly after harvest. As part of the investigations for such sites we measure depths of moisture depletion in the clay soils to establish depths of soils which are moisture stable and thus safe to construct foundations. As part of these investigations depths of desiccation often fall into range identified by the old BS8004; with moisture stability taking up to 2 years to recover following last cropping, allowing use of “normal” depth foundations.

Monday-Friday: 9:00am to 5:30pm
This website uses cookies to improve your experience. We'll assume you're ok with this, but you can opt-out if you wish.Accept Read More